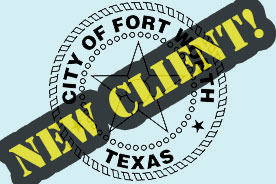 Round ‘em Up! Another Texas Court Chooses Jury Systems!

Howdy!  We are more than pleased to announce Fort Worth Municipal Court has chosen Jury Systems Incorporated as its preferred JMS vendor!  Previous to this, the City of Fort Worth was using a manual system.  An expanding population seemed to be just the motivation this court needed as the previous way of doing business was creating a more tedious and less efficient jury experience for both staff and jurors.  The court knew it was time to look for an alternative solution and knew who could handle the job best.

With a population of almost 800,000 within the city limits alone and an annual growth rate of 3.9% between 2000 and 2010 (according to the U.S. Census Bureau), the City of Fort Worth has been called the fastest growing large city in the United States.